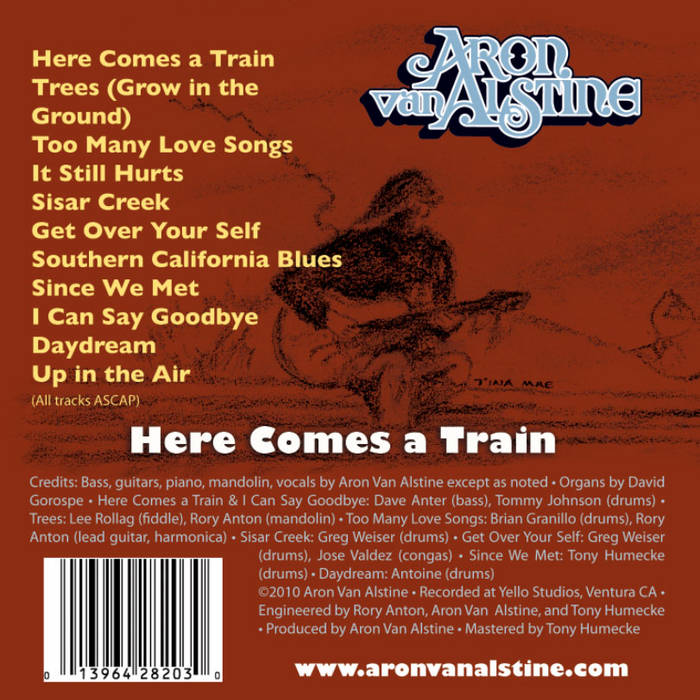 Aron Van Alstine's eclectic style of rock'n'roll combines danceable beats, colorful harmonies, and thoughtful lyrics with a wry sense of humor. Retro but not kitsch, Aron's songs are at once genre-bending and authentic. In them you can hear the influence of artists such as Joni Mitchell, the Rolling Stones, Stevie Wonder, David Grisman, Randy Newman, The Meters, and Talking Heads, and Café Tacuba.

Aron Van Alstine emerged from the Bolivian jungle in 2003 with a guitar and a backpack. His travels brought him to Ojai, California. Along the way he’s performed everything from the Beach Boys to Beethoven on the guitar, bass, keyboard, and voice. He released his first solo album in 2010, followed by EPs in 2011 and 2012. He’s back in 2016 with a new band, a new sound, and a new album. ... more

Bandcamp Daily  your guide to the world of Bandcamp

Featured sounds by K.Spark and WIZDUMB, plus Basi joins the show to discuss his latest release.